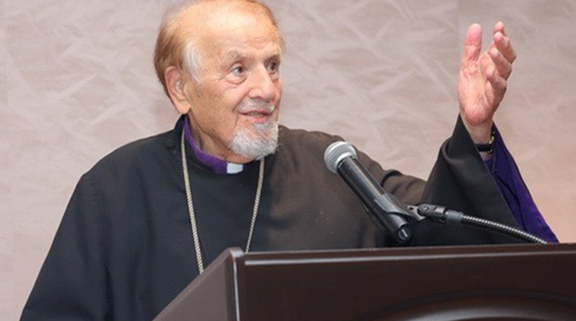 “You did not choose me” said Jesus, “But I chose you. And I appointed you to go and bear fruit, fruit that will last, so that the Father will give you whatever you ask him in my name.” (John 15:16) In his farewell discourse with the disciples, our Lord Jesus addresses them with these words.

In the Gospel of Matthew, we see Jesus beginning his public ministry at the Sea of Galilee where, “He saw two brothers, Simon called Peter and his brother Andrew. They were casting a net into the sea, for they were fishermen. “Come, follow me,” Jesus said, “and I will make you fishers of men.”

A few men have accepted the calling and have executed their duties such that they have realized the fruit of the harvest promised to them. One such man was Archbishop Vatché Hovsepian, who fished and caught men for the Kingdom. I am one of those who was fortunate enough to be caught in his net. Archbishop Vatché was my spiritual father, the one who ordained me into the sacred priesthood 40 years ago. Today, he passed on to be with the Lord.

Archbishop Vatché was the senior most clergyman in the entire Armenian Church. He was ordained into the priesthood in 1951 at the Armenian Catholicosate of Cilicia in Lebanon. He studied in Edenborough, Scotland, and was invited to the United States to serve as a pastor of a flock in New Jersey. His personal calling took him Canada and then to the Western Diocese where he served as our primate from 1971 to 2013. During his tenure the Diocese grew from a small office to a complex. His accomplishments were many and he gave, as our Lord says, “Fruit that will last.”

We often hear about the Armenian Genocide and stand in awe of the generation that underwent and endured the atrocities. We often forget the generation that followed, the ones that picked up the broken remnants, and raised the church, like the phoenix from the ashes. This was the generation that was charged with rebuilding the church. This was the generation that, like God, had nothing and created something. Today, what we have as the Armenian Church, is thanks to this generation which put it all on the line to ensure that future generations would have a home where they could learn and live their Christian Armenian identity. Archbishop Vatché was from that next generation, and endowed with a gift of attracting people with his charismatic personality which was unsettling, uncompromising and demanded the best from all of us. He commanded the room he entered. He left a large imprint on many of our lives.

Please join me on my weekly podcast The Next Step as we spend some time with personal reflections of the life and legacy of Archbishop Vatché.

Today, we pray the requiem prayer of the Armenian Church, “O Christ, Son of God, forbearing and compassionate, have compassion, in your love as our Creator, upon the souls of your servants who are at rest, especially upon the soul your newly departed servant, official of the church and my spiritual father, Archbishop Vatché Hovsepian, for whom we offer this prayers. Be mindful of him on the great day of the coming of your kingdom. Make him worthy of mercy, of expiation and forgiveness of sins. Glorify him and reckon him with the company of your saints at your right hand. For you are Lord and creator of all, judge of the living and of the dead. And to you is befitting glory, dominion and honor, now and unto the ages of ages. Amen. 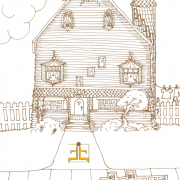 Check up is a Tune Up 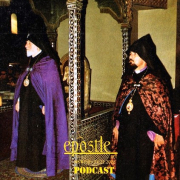 The Parable of Archbishop Vatché
0 replies