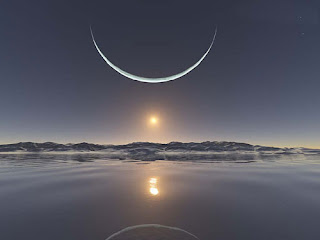 Croatia, Safeway, St. James and a Moon that continues to inspire: Happy 40th

They say that the hand-held GPS I use in my car is technologically more sophisticated than the Apollo 11 Lunar lander. Although I’ve never really used my GPS anywhere outside of the bounds of California, I guess I can accept such a statement. I remember when a stack of punch cards, the size of the Los Angeles Phone book were needed to program a computer for a simple tic-tac-toe simulation and today my kid runs graphically enhanced arcade style games on his hand held “toy.” (And the price for this technology? Have you bought memory lately? They’re literally throwing it away. 1 or 2 GB for the price of S&H!)

So we’ve come a long way in 40 years, but the memory I have of the day that “we” reached the moon is not ready for the bargain-bin of outdated memory modules.

July 20, 1969 was a Sunday. I was 13 years old, at a church picnic organized by the St. James Armenian Church in Los Angeles.

The St. James parish itself was going through difficult times. Bad feelings were lingering from the the sale of the church building on Adams Blvd. and a pending law suit, that the Catholicos himself was trying to step-in and mediate. This was causing division and disharmony in the community. There was talk about deceit, scandal and theft – yup, all the topics that are bulleted under the “church life” header. And with construction taking place on the new sanctuary on Slauson Ave., the annual picnic was relocated to Croatian Park, somewhere in the L.A. area.

Croatian Park was used by the Armenian community frequently for their summer gatherings. I thought the name had something to do with sewing, because my grandmother would “crochet” our sweaters. So I naturally thought Croatian Park was the hangout for old ladies, sitting around with their crochet needles, making their grand kids happy with their handiwork. Little did I realize that the Croats were in an independence struggle just as the Armenian. I’d like to believe this was the reason that we used the facility, though I tend to believe the rental price was probably discounted. Still, Croatian independence was declared the same year as the Armenian’s in 1991, so there might have been a greater tie than a cheap place to hold a picnic.

America was in turmoil. We had lost faith in the institutions. The same young president who promised us the moon by the decade’s end had been gunned down on our streets and there was much talk about a large scale conspiracy. The year before we had lost MLK and RFK to assassin’s bullets. Even the new institutions were failing – there was rumbling that the Beatles were about to split.

So a summer picnic, with Armenian music, friends from the church was a nice little escape for everyone. But on moon landing day? I mean this was historic and if you wanted escape, can you think of any place farther away?

My dad was not really an observer. He would rather participate than watch – but I guess this playground was a bit too far. So that Sunday, July 20, in the midst of this church picnic, my dad told me we’re going for a walk. I was excited – we were going to go someplace to watch the lunar landing! A few days earlier, I was up at the crack of dawn to watch Apollo 11 launch. “10-9-8, ignition sequence begins, 6-5…”, I can never forget those words from Mission Control. And when they reached “0” it was lift-off, from our old B&W set to the ends of my imagination.

We found a Safeway store. This was one of the first supermarket chains in our area. During those years they had introduced the “Super S” as a branch of Safeway. In Super S you could find non-food items – such as TV’s! Yes, we made it – we were going to watch the lunar landing at Safeway on the display sets. I remember there was a TV set on the glass counter. Not too many people, but some had stopped.

There we stood and watched Neil Armstrong place his foot on the lunar soil. It was the completion of one dream and the beginning of another. It was an unforgettable moment.
Hard to believe that 40 years have passed. It’s a lifetime away.

The moon has inspired poets and romantics, mystics and philosophers since the beginning of time. It’s intrigued scientists. Some say its the same size as the Pacific Ocean – that maybe it was thrown out of there during the early formation of the planetary system? In “Moonstruck” they said the moon was as big as Frank Bigalow’s head! An early Jethro Tull song was an ode to Michael Collins, the one of three astronauts that piloted the mother ship and didn’t make the decent to the lunar surface. How sad to go all that way and not touch it – but each view of the moon finds its own inspiration – whether on the weightless surface, in Croatia, on the counter at Safeway or from the mother-ship. Our moon is inspiring. And today, I can’t resist a harvest moon, a blue moon, an eyelash moon or an eclipsed moon, just to take a break, call the kids outside and observe quietly and in wonder. We stepped on the moon 40 years ago and it still remains away and distant.

When I was a student at the Monastery of Holy Etchmiadzin in the mid-70’s, I would walk in the courtyard and pass away my loneliness looking at the moon knowing that it is the same one we all see around the globe, the same moon that has been viewed by every single human being that has EVER inhabited this planet and every human being that will EVER take a moment to look up to the night sky. It’s our moon. Happy Moon Day.

For Michael Collins, Jeffrey and Me
by Ian Anderson
Watery eyes of the last sighing seconds,
blue reflections mute and dim
beckon tearful child of wonder
to repentance of the sin.
And the blind and lusty lovers
of the great eternal lie
go on believing nothing
since something has to die.
And the ape’s curiosity —
money power wins,
and the yellow soft mountains move under him.
I’m with you L.E.M.
though it’s a shame that it had to be you.
The mother ship is just a blip
from your trip made for two.
I’m with you boys, so please employ just a little extra care.
It’s on my mind I’m left behind
when I should have been there.
Walking with you.

And the limp face hungry viewers
fight to fasten with their eyes
like the man hung from the trapeze —
whose fall will satisfy.
And congratulate each other
on their rare and wondrous deed
That their begrudged money bought
to sow the monkey’s seed.
And the yellow soft mountains
they grow very still
witness as intrusion the humanoid thrill.

Blind Man Running Through the Light of the Night