Next Step #330: ON LOCATION: The Coalition to Stop Violence Against Women organizes a rally on the streets of Yerevan, Armenia to raise awareness and pass laws against domestic abuse. A special preliminary listen to uncut/unedited interviews conducted by Fr. Vazken with Coalition organizers Perchuhy and Elvera, and with Tamar from In His Shoes. Issues of Domestic Violence, shame, violence, combating ignorance and more. On the anniversary of Zaruhi Petrosyan’s death.
Song: Gor Mkhitarian’s “Day”
Coalition to Stop Violence Against Women
I found the pearl
Engineered by Ken Nalik
Produced by Suzie Shatarevyan for epostle.net
Look for The Next Step on blubrry.com
Listen via Stitcher Radio on demand!

Tell Me Why the Badarak? 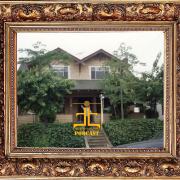 Dreaming Beyond a Speech and into Syria

Resonating to Turn Condemnation to Salvation