“Mush-Rope” is the way to say it. Armenian Orthodoxy in the New World and the New Era: Apologetic with no apology! Allowing evolution to take its course in the church. Coordinating the head and the body – allows us to say YES to Christ’s message of love and hope. Finding faith, hope and life in the 9/11 commemoration – 2011 is the year Easter falls on April 24, and the Holy Cross on September 11 – it’s the year of victory.
Compass – a first look: http://youtu.be/JlJdLLhp51c
Song: “Sound of Silence” by Paul Simon as performed on 10th anniversary of 9/11: http://youtu.be/eanv5XRjwLg
India Arie – “Intro: Loving” http://www.indiaarie.com/
Questions in Faith – new season kicks off: http://www.ustream.tv/channel/qoff
Fr. Vazken’s speech at 9/11: http://armenianorthodoxy.blogspot.com/2011/09/911-day-of-remembrance-service-at.html
Prayer for 9/11: http://armodoxy.blogspot.com/2011/09/prayer-for-10th-anniversary-of-911.html
Ani’s Bubbles – The Heart of a Teacher by Paula Fox
Produced by Suzie Shatarevyan for epostle.net
Look for The Next Step on blubrry.com

Vote for the Next Step at the 7th Annual Podcast Awards in the category “Religious Inspiration”
URL for Next Step nomination: http://www.blubrry.com/nextstep

A Hug to the Message 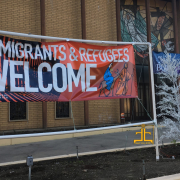 Giving a Thanks Blessing

Declaring What is Evident
Scroll to top