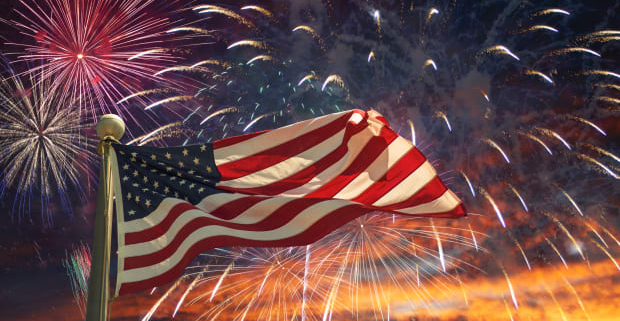 Although the Fourth of July is neither a religious holiday, nor an Armenian one, I wish to share with you some thoughts on the occasion of Independence Day. In fact, the concept of freedom and independence are among the highest ideals and goals of all true religions. It is therefore important that as people of faith we seriously contemplate the freedoms that we enjoy and sometimes take for granted.
Signed on July 4, 1776, the Declaration of Independence states, “We hold these truths to be self-evident, that all men are created equal, that they are endowed by their Creator with certain unalienable rights, that among these are life, liberty and the Pursuit of Happiness.”  With these words the United States declared its independence from England and for the past 236 years, we have struggled to identify, define and clarify these terms.
Freedom is not a physical state of being but rather a spiritual one. Real freedom is not built on a decree of a government, but begins from within the individual. You cannot fight for freedom with guns and weapons. You have to win it through the discipline of your soul. Every Sunday, during our Divine Liturgy we pray for the deliverance of those who are held captive. That prayer should also be said for us. We are the ones who are captive to sin, to the greed, to the lust for power. So long as those obstacles stand in our way, we can never attain true freedom and therefore we can never maximize the true potential within us.
– Fr. Vazken
http://armenianchurchyouthministries.org/newsletter/The%20Key%20-%20070112.pdf
https://epostle.net/wp-content/uploads/2012/07/july-4-gettyimages-815196336.jpg 400 620 Vazken Movsesian https://epostle.net/wp-content/uploads/2022/07/final_logo_large_for_epostle_web-300x189.png Vazken Movsesian2012-07-02 01:43:002022-09-23 01:45:52Fr. Vazken’s 4th of July Key Message
0 replies

Phenomenon: Believing in the Faith

The God Particle We Knew About
Scroll to top