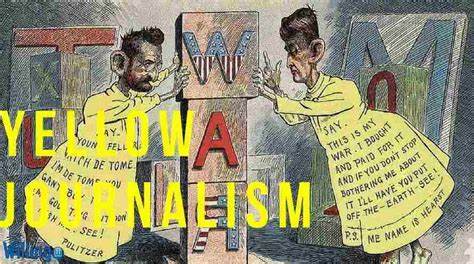 It is common knowledge that freedom of speech has restrictions. You cannot yell “fire” in a crowded theater and claim “free speech.” In fact, the idea of falsely shouting “fire” in a crowded theater arose 100 years ago from the Supreme Court’s 1919 decision in the case Schenck v. United States. The Court ruled unanimously that the First Amendment, though it protects freedom of expression, does not protect dangerous speech.

It is about that dangerous speech that I write. Bizarre and false allegations are not an exercise of free speech. they are merely sensationalized expressions to raise interest and profits. Much has been written and reported about the correlation between sensationalized news and big profits; unfortunately, this time it is coupled with dangerous speech.

In particular, recently along with several of my clergy brothers, I was featured on the pages on a tabloid called “USA Armenian Life” published by Appo Jabarian. My image and name were used to present me as a disgruntled member of the Western Diocese of the Armenian Church. Really? No reporter visited, called  or talked to me, nor to many of the other priests that were featured in the story. In fact, two of the pictured priests have long since died. Capturing my image and spreading hearsay, he has sensationalized false and rumored stories that somehow I, and other clergy, are left no alternative but to exercise our faith via his tabloid. There is no investigative journalism here, only the spreading of gossip in a defamatory manner. This is dangerous speech because it twists, turns and distorts. It mocks reality.

Let it be clear that the Armenian Church has its organization, its structure and its hierarchy. I choose – yes choose – to exercise my priesthood through those channels and not on the pages of a tabloid filled with such vile and revolting displays of false news. He has no business using my name nor image in an effort to increase his profits. The Net contains 30+ years of my blogs, videos and writings which I have dedicated to issues of Church growth and Faith. I have chosen to work through these issues inside of the Church and not outside of it.

Even more tragic is that via this tabloid the publisher is on a campaign to discredit clergy and church leaders. Under the guise of church reform he is hate mongering and playing off of the sensitive and volatile political climate we feel around us. The speech exercised therein is dangerous, manipulative and sensational, all to increase his personal profits with complete and total disregard for the welfare of the community.

The banner atop this tabloid reads, “Diaspora’s most widely acclaimed and circulated…” Acclaimed by who? Most widely circulated? How? By bulk mailing free copies to homes that have an “ian” or “yan” descriptors on their name? It’s obvious that this is a tactic to increase revenues for an ailing and sick print-industry. Instead of catching up with the times, the publisher is trying to keep the sinking ship floating by sensationalizing information.

The Armenian Church has its challenges. The Catholicos, the Primate and the priests roll-up their sleeves and work toward solutions to the best of their human capability. Those who can do, those who can’t criticize.

Behind the Wizard’s Curtain