Editor’s note:  Affectionately called “Hayrik” by the Armenian people, Mgerdich Khrimian was the Catholicos of the Armenian Church between 1892-1907.  In 1878, at the request of Patriarch Nersess and the National Assembly, Khirimian represented the Armenians at Congress of Berlin.  Upon his return to Constantinople he recited this message at the Cathedral. (Haig Ajemian,  Hayotz Hayrig, page 511-3; translated by FVM).

Blessed and beloved Armenians:
Now, you have all perked up your ears, impatiently and anxiously waiting to hear what sort of news Khirimian Hayrik has brought us from the Berlin Congress, and what will he say about Article 61 which the powerful governments of the world have bestowed upon the Armenian provinces.  Listen carefully to what I am about to say.  Grasp the profound meaning of my words and then go and contemplate on my message.

As you know, upon the decision of Patriarch Nersess and the National Assembly, we went to Berlin to present the Armenian Case to the great powers of the Congress.  We had great hopes that the Congress would bring peace to the world and liberation to the small and oppressed nations, among which we count ourselves. The Congress convened, the statesmen of the great powers of the world gathered around diplomatic tables covered with green cloth.

And we, the small and suppressed nations waited outside the Congress.  In the middle of the Congress, upon a table covered with green cloth was placed a large bowl of heriseh (a thick and pasty porridge-type meal) from which large and small nations and governments would draw their portion.

Some of the participants pulled to the East, some pulled to the West, and after long debates, in order, one by one, they called the representatives of the small nations [into the meeting].  The Bulgarian entered first, then Serbian and the Gharadaghian.  The rattling of the swords hanging from their sides attracted the attention of the assembly. After speaking for some while, these three, pulled out their swords, as if ladles made of iron, and dipped into the bowl, took their portion of heriseh and proudly and boldly departed.

It was now the turn of the Armenian delegate.  I drew near with the paper petition from the National Assembly, presented it and asked that they fill my plate too with heriseh.  Then, the officials standing before the bowl asked me, “Where is your iron ladle?  It is true that we are serving heriseh here, but he who does not have an iron ladle cannot draw from it.

Listen up. In the future, if this heriseh is distributed, do not come without a ladle or you will return empty handed. Dear Armenian people.  Could I have dipped my paper ladle in the heriseh?  It would have become wet and stayed there.  There, where guns talk and swords make noise, what significance do appeals and petitions have? And I saw next to the Gharadaghian, the Bulgarian and other delegates, several brave [men], blood dripping from the swords hanging at their sides.  I then turned my head, as if I was looking for the brave men from Zeitoon, Sasoon, Shadakh and other mountainous areas.  But where were they?  People of Armenia, tell me, where were those brave souls? Should not one or two of them have been next to me, so that showing their bloody swords to the members of Congress I could have exclaimed, “Look,
HERE IS MY IRON LADLES!  They are here, ready!”  But alas, all I had was a paper petition, which got wet in the heriseh and we returned empty handed.

Truly, had they compared me with the delegates of the Congress, I was taller, my facial features were more attractive.  But to what avail?  In my hand was placed a piece of paper and not a sword.  For this reason we were deprived of the heriseh. In spite of all, in view of the future, going to the Congress of Berlin was not useless. People of Armenia, of course you understand well what the gun could have done and can do.  And so, dear and blessed Armenians, when you return to the Fatherland, to your relatives and friends, take weapons, take we 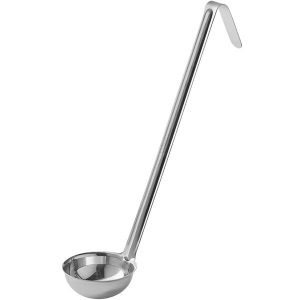 apons and again weapons.  People, above all, place the hope of your liberation on yourself.  Use your brain and your fist!  Man must work for himself in order to be saved_

Translated by Fr. Vazken Movsesian, 1990, for Window, View of the Armenian Church Quarterly, Volume I, Number 2.

Why did not God spare the good Armenian people?