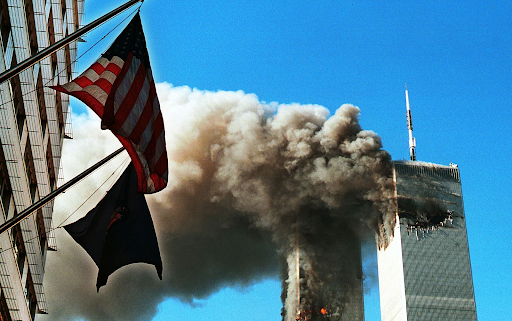 Ugliness defined: Don’t give even one more…

Death is showing us its ugly head lately. Death is a natural process all bodies undergo. When the natural process is hindered, it is referred to as ugly death, and subsequently, there are different grades of ugliness.

Google-search “Natural Death”  – When a death certificate says a person’s death was “natural,” it is really ruling out the involvement of external causes. The person did not take their own life and they were not killed by somebody else or in an accident such as a car crash or drug overdose.

Today, as we commemorate the 20th anniversary of the 911 terrorist attack on America, its most fitting, appropriate and truly descriptive to say that the September 11, 2001 deaths were of the ugliest type. 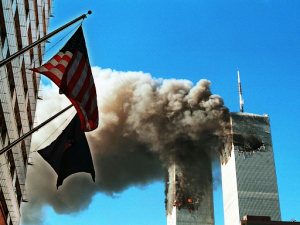 Since last year COVID-19 has been the ugly suspect, and now we have another round of deaths. During January, February and March of this year, I was officiating, on the average of, four to five funerals a week. Some of the most bizarre scenes I have tragically recorded in my memory. On two occasions I officiated for a husband and wife, that is, the scene before me was of two caskets laying on the gravesite waiting for a final blessing. After the second one of these double-funerals I happen to mention the stress of the scene to one of my clergy brothers. He trumped my story by sharing that he was asked by a family to wait for the passing of their sister before burying their parents. The coronavirus was making this one a triple-funeral.

My aunt passed away earlier this year, not of COVID-19 but of conditions caused by the pandemic. She was taken to the hospital for emergency care and was forced to spend two days in the hallways because there was no room in the emergency ward. She died alone. Her only daughter was finally allowed admittance to stand by her mom and I, by virtue of being a priest and knowing the chaplain of the hospital, was given an opportunity to share a prayer before she expired. That surreal day, I remember walking through the hospital thinking of being stuck in a theater, watching a horrible-horror movie, and unable to get out. The rooms were filled, the dying were in the hallways and the ambulances outside were waiting in bumper-to-bumper configuration to deliver new patients. Death was all around and it was all very ugly.

Ugliness is not only a descriptor of the death-moment itself, but of what brings upon an untimely death. For instance, when death is being accelerated by unnatural causes, that’s ugly. There is a wave of misinformation going on around the world regarding safeguards against the COVID-19 virus, be those safeguards mere masking or vaccination. Misinformation starts with doubts, is fed by fear, and leads to irrational choices with horrid consequences. I’m always intrigued by people who have fallen into the trap of authoritarian commenting on things of which they have no knowledge. Early on in my ministry I found it confusing when I ran into people who having read the Bible had the nerve and audacity to speak on behalf of God and look down on others who did not see things as they had interpreted. It’s a simple formula that’s very appealing to many: read a book and have complete understanding of the Divine. I often wonder, if I were to go to the local library, check out a book on brake-repair, and then advertise my services, who in their right mind would trust their brakes, and therefore their lives, with me? It’s not even imaginable after the preliminary question: what are your qualifications to repair my brakes, or at the very least to diagnose my brakes?

Switch gears now, from cars and eternal life to viruses and the prevention of infection. What is your qualification to comment on this? The other type of ugliness, then, is pretending expertise, diagnosing and dishing out remedies. It’s akin to crawling under your car to fix your brakes based on the pictures I saw in the book.

At my age I can remember a time when we were plagued by polio and smallpox. I remember getting measles and the mumps as a child. People younger than me don’t remember these diseases and that’s the point. We now vaccinate against them. I remember lining up at elementary school (LAUSD) to take the Salk-vaccine. As a parent, I remember we couldn’t enroll our children in school until they were vaccinated. But in the case of COVID-19 there’s a fear that has been fueled by misinformation. Of course, America offers us freedoms, but your freedom cannot impose on the freedom of others. The proverbial paradigm is yelling “fire” in a crowded theater when there is no fire. It’s illegal, no matter how intensely you appeal to your constitutional right to free speech: you can’t yell “fire” in a crowded theater without facing legal consequences because you have jeopardized the welfare of everyone else.

We’re at a point where we’re seeing new deaths caused by new variants of the COVID-19 virus. Once again, we are being called in to officiate at funeral services. It’s an ugly reality and even uglier is that people would promote this ugliness. No one can force you to do what you don’t want to, but for God’s sake don’t impose your misinformation on others.

Closer to home, last month, we lost a high-spirited, energetic and dynamic young priest to the COVID-19 virus. Fr. Maghakia Amiryan was an exceptional priest. He was 40 years old. If you met him you know he would share his love for life, our church and our nation with you. Back in 2009, I met him when visiting Armenia with my son Varoujan. We spent several days together going to remote locations in the homeland. On one occasion, Fr. Maghakia took us right to the shore of the Arax River. It was forbidden for non-military people to be on the shore because the river divides Armenia from Turkey. It is a guarded by the military on both sides. Fr. Maghakia’s connection with one of the soldiers at the border got us to this choice spot. I was overcome with emotions, standing on the Arax which has been the focus of song and poem. I felt the frustration of looking at the fertile land across the river and knowing it was the home of the Armenian peoplle and it was inaccessible to us that day. Out of that frustration I picked up a stone

and hurled it across the river, as if to say, “Take that Turkey for imposing horrors on our people that have caused this separation in my homeland.” Fr. Maghakia, in a calm demeaner, asked me not to throw anything else in that direction. He said, “We have given them so much land, don’t add yet, even another stone.” He was loved where ever he went because he knew how to love and did love. He was currently the Dean of the Youth Centers of the Mother See of Holy Etchmiadzin. Children and young adults would flock to him, recognizing in him purity, goodness, and the mannerism that reflected the best of Christian character. Since the time we first met, whenever he’d visit the US, he’d come to our church for services. His loss was a great one for his family and friends, but mostly for the Armenian Church. This coming Monday, September 13, Fr. Maghakia would have turned 41 years old. He will forever remain 40. Yes, I can easily say, his was an ugly death.

Last year saw too many people die an ugly death. For Armenians, it was even uglier. One of the smallest populations on Earth, attacked by Azerbaijan and Turkey, over three thousand Armenians were killed during a 44 day war. To borrow from Fr. Maghakia’s exhortation, we’ve given more than enough, let’s not give even one more life. Exercise caution. Mask, vaccinate, and most importantly don’t participate in spreading ugliness.