Next Step #535: Protocols are used in institutions and in life, but why the resistance in church? Back from Nebraska and the 60th Anniversary of the C-130 Shoot Down. Fr. Vazken shares thoughts and comments with this dedicated group from the US Air Force. Singing the Requiem Hymn in memory of the 17 victims of 1958. A look at the handing off the flag at the grave of fallen service people. Sharing the Faith: Evangelism or Dialogue? Also, topics from the links below:
Saren Kouga, Arax
Last Week’s Next Step (on US Air Force Shoot Down)
Larry Tart’s Message to the 60th Anniversary gathering of the C-130 Shootdown
Piece of the Plane Presented to Fr. Vazken
Sasnashen and the US Air Force Aircraft Shoot Down
Leon Gabrielian Thriving Life Club Podcast
John Lennon Stamp Release
Celebrating with the True Cross of Christ (in New York)
Flag Presentation Protocol
Engineered by Ken Nalik
Produced by Suzie Shatarevyan for InHisShoes.org
Subscribe to In His Shoes » Next Step with Fr. Vazken by Email
Look for The Next Step on blubrry.com
Listen via Stitcher Radio on demand! 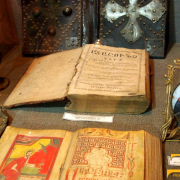 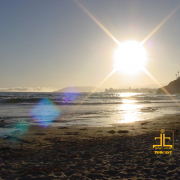 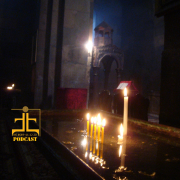 Armodoxy: You Say You Want a Revolution?

Thanksgiving Thoughts from Bob to Bob

If Only A Grasshopper This Week