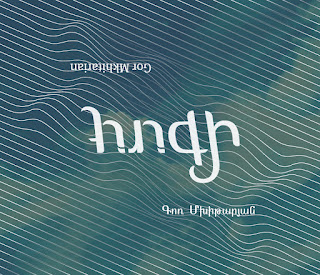 Last month our In His Shoes Ministries released the new album: “Spirit” by Gor Mkhitarian. Here is a story published in Armenian Reporter newspaper, January 26, 2009.

Gor Mkhitarian explores the realm of the sacred While today spiritual and specifically religious compositions are a major component of world music, contemporary Armenian music has yet to warm to the idea of infusing spiritualism – or even spiritual elements – into new material. Mkhitarian is trying to change that.

Though far from being a strictly religious album in the vein of Christian rock, Spirit honors the great ancient tradition of Armenian sacred music and introduces a thoroughly modern spiritual – and humanistic – musical idiom that has been sorely lacking in much of Armenian pop and rock.

Spirit is the fruit of a collaborative effort between Mkhitarian and Fr. Vazken Movsesian, founder of the Armenian Church Youth Ministries and the In His Shoes Mission. Arguing that it is important to make spiritual music resonate with today’s audiences, and young audiences in particular, Fr. Movsesian says: “From the church’s early saints, like Gregory the Illuminator and Mesrob Mashdots, to the prayerful lives of Nerses Shnorhali and Grigor Narekatsi, from the melodies of Sayat-Nova to [the compositions and arrangements of] Komitas Vardapet, the message was given in a language understood by all.”

“This is the first time we are trying to create new, modern, spiritual songs,” Mkhitarian echoes.

A breath of fresh air

As he came of age in his native Vanadzor, Armenia, Mkhitarian was enamored of rock music. He also sang in a church choir. “I grew up listening to the rock heroes of the 1970s,” he recalls. Since then his musical tastes have evolved in leaps and bounds. “If you kill me now, I cannot listen to the Rolling Stones,” says Mkhitarian, who these days is fond of acts such as Coldplay and the Dave Matthews Band.

Acclaimed as an innovative underground rock group that genuinely reflected the angst of a society in flux, Lav Eli released two well-regarded albums before disbanding. “There was a point when we decided to do different things,” Mkhitarian says, referring to his desire at the time for bolder experimentation with various musical genres and even instruments.

Losing no time to make good on his vision, Mkhitarian wrote fresh material following Lav Eli’s breakup and recorded a demo tape that was eventually released, in 2001, by the newly created Pomegranate­Music label in Boston. The debut CD, an acoustic collection titled Yeraz, brought a breath of fresh air into contemporary Armenian folk music and featured instruments such as the banjo and dumbek, in addition to guitars.

Since Yeraz, the artist’s six subsequent albums have seen a diversity of excursions into rock, pop, and folk. Mkhitarian, whose records have been released under his own Gor­Music label since 2004, also put out an English-language album, titled Green Grass.

He adds that as the release of his latest effort, Spirit, was nearing, he didn’t know how to brand the album. “I have touched on too many genres,” he notes. “It’s a folkloric album, yet some people call it alternative while others see it as underground, sub-genre, post-depressionism.” Mkhitarian prefers to describe the record as an essentially rock album that offers a “Pearl Jam/Seattle Sound feel with a touch of Armenian folk.”

The album’s concept is credited to both Mkhitarian and Fr. Movsesian, who has introduced the artist to the In His Shoes Mission. A nonprofit organization open to people of all religious backgrounds and persuasions, In His Shoes was established in response to acts of ethnic cleansing such as the Armenian Genocide. Through rallies, fundraisers, and other public events, the organization provides support to marginalized populations and strives to help end hunger throughout the world.

All proceeds from Mkhitarian’s latest album will be donated to the In His Shoes Mission.

While several songs on Spirit carry a specifically Christian message, Mkhitarian stresses the universal nature of the album’s spiritualism. “I want people to get exactly what they want out of it,” he says, explaining that his goal is ultimately to help listeners achieve a certain inner awakening, whether or not they choose to see it connected with their particular religious beliefs. 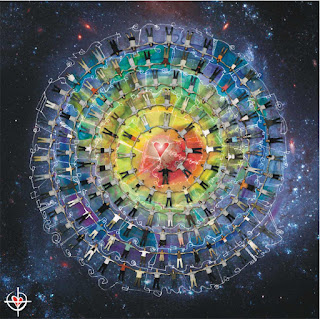 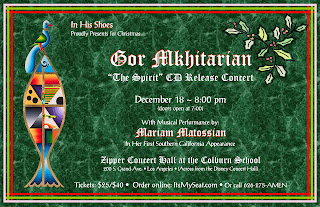 A New Era of Hope

Playing at the Blackberry Bowl
Scroll to top