“John the Baptist came preaching in the wilderness of Judea,” writes the evangelist St. Matthew (chapter 3). John’s message was simply, “‘Repent, for the kingdom of heaven is at hand!’ For this is he who was spoken of by the prophet Isaiah, saying: “The voice of one crying in the wilderness: ‘Prepare the way of the Lord; make His paths straight.’”

The forerunner prepares the road for the one who is to come, and so John the Baptist, was actively preparing the people for the Revolution that was soon to come, that is, for Jesus Christ. I use the word “Revolution” intentionally, to draw attention to the uniqueness and newness/freshness of Jesus’ message. It was about to explode the society and all the conventions of the religious community. If it were not revolutionary, there would be no need for a forerunner. There is no need to prepare people to maintain the status quo.

The evangelist further describes John’s appearance as being “Clothed in camel’s hair, with a leather belt around his waist; and his food was locusts and wild honey.” It is important to note that this is one of the rare occasions in the Gospels that someone’s appearance is described. John was being compared to the Prophet Elijah who was, “A hairy man wearing a leather belt around his waist.” (2Kings 1:8) According to the tradition, Elijah was a forerunner to the coming of the Lord (See Malachi 4:5) and the connection between John and Elijah is made in several instances in the New Testament.

This is our take-away from the Forerunner John: he knew where he stood in the salvific process. He was in complete acceptance of his position as forerunner to the Lord. In today’s terms, he knew he was the opening act to the main event. He did not try to overshadow Jesus, instead backed off and said, “A man can receive nothing unless it has been given to him from heaven. You yourselves bear me witness, that I said, ‘I am not the Christ,’ but, ‘I have been sent before Him.’ He who has the bride is the bridegroom; but the friend of the bridegroom, who stands and hears him, rejoices greatly because of the bridegroom’s voice. Therefore, this joy of mine is fulfilled. He must increase, but I must decrease.” (Luke 1)

Let us pray, “Lord our God, Jesus Christ, who came to the River Jordan to be baptize by John. May my soul be humbled as I stand in your presence. May I find my calling in your service. May the example of John the Forerunner remind me to always seek the Glory of God and not my own. Amen. 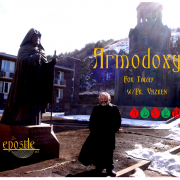 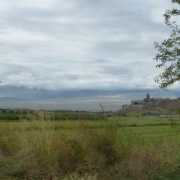 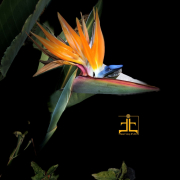 Maturity of Faith
Scroll to top