The time has come. And the narrative according to St. Luke (2) is as follows:

And it came to pass in those days that a decree went out from Caesar Augustus that all the world should be registered. … So all went to be registered, everyone to his own city. Joseph also went up from Galilee, out of the city of Nazareth, into Judea, to the city of David, which is called Bethlehem, because he was of the house and lineage of David, to be registered with Mary, his betrothed wife, who was with child. So it was, that while they were there, the days were completed for her to be delivered. And she brought forth her firstborn Son, and wrapped Him in swaddling cloths, and laid Him in a manger, because there was no room for them in the inn.

Now there were in the same country shepherds living out in the fields, keeping watch over their flock by night. And behold, an angel of the Lord stood before them, and the glory of the Lord shone around them, and they were greatly afraid. Then the angel said to them, “Do not be afraid, for behold, I bring you good tidings of great joy which will be to all people. For there is born to you this day in the city of David a Savior, who is Christ the Lord. And this will be the sign to you: You will find a Babe wrapped in swaddling cloths, lying in a manger.” And suddenly there was with the angel a multitude of the heavenly host praising God and saying: “Glory to God in the highest, and on earth peace, goodwill toward men!”

The story of Jesus’ birth is remembered in song, in stories, in art, ornaments and lawn decorations. Some will elaborate about the attitude of the inn keeper, while other will amplify the song of the angels. Through the centuries people have tried to understand this magical evening with its troubling set of circumstances, when the Creator, the King of Kings, humbles Himself and is born in, what many would consider appalling surroundings, because there was no room, anywhere, for the birth of the savior.

The Birth of Jesus resonates to the bone in Armodoxy. For the Armenian people, the doors have not only been closed, but they have been slammed in their face. And so, Armodoxy presents an answer by assuring that others are not left out. Here is our call to Christmas: praise God for there is a chance at Peace on Earth and Good will toward all. This begins with Jesus’ command to love God and love your neighbor. If we do this, there can be no other option but PEACE and good will.

In 1914, during World War I, British troops fighting against Germans, in a field in Belgium, while in the trenches, heard the singing of Christmas carols by the German soldiers. From their three-foot wide trench they called out. The German in very thick accents yelled out to the Brits in English and said, “Come over here.” The British soldiers, said, “You come here!” And so they both came out of their trenches and met half way.  The soldiers traded songs, tobacco and wine, joining in a spontaneous holiday party in the cold night. Christmas Eve: peace on earth, good will toward one another.

I grew up when there was a horrible war going on in Vietnam. I remember that on Christmas Eve they would attempt to replicate the 1914 Christmas Eve truce. Sometimes they succeed and some years they didn’t, but it always bothered me that if they could have a truce for one or two days, why not forever? It begins with our articulating a very simple message, the message articulated this night: Peace on Earth, Good Will toward One Another.

We pray, Lord Our God, Jesus Christ, this night you came to live in our midst. We open our doors and our rooms for you to come in. As you do, may we see our brothers and sisters who are standing out with you. May we come to know them and find Your Presence in the faces and stories they carry. May Peace of Earth and Good Will toward each other be a reality that begins with me. Amen. 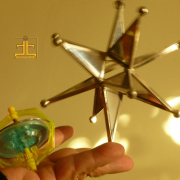 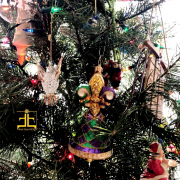 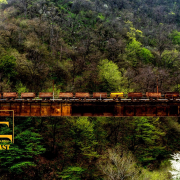 Infinity and Eternity in the Highlands 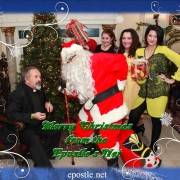 Sun makes way for the Son 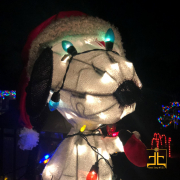 Babe in from the Cold
0 replies

The Parable of Archbishop Vatché

2009 Fr. Vazken MovsesianPartridge in a Pear Tree
Scroll to top