Armodoxy has developed in a land and among a people that have not known peace for long stretches of time. Armenia, at the intersection of three continents, Africa, Europe and Asia, has been trampled on by invaders, barbarians and would-be conquerors.

Sunday after Sunday in the Armenian Church, there is a “question-and-answer” session which takes place during the Divine Liturgy. This Q&A has been going on for centuries. The deacon, with the chalice in hands, approaches the priest and asks that the doors be opened for the “King of glory.” The priest asks, “Who is this King of glory? The Lord strong and mighty, the Lord mighty in battle?” The questioning continues and upon his second inquiry, the deacon announces, “This is the King of glory!” and hands-off the chalice for the priest to prepare the Holy Eucharist.

It was the Psalmist who first framed the dialogue on behalf of a hurting world (Psalm 24:8-10). And it has been heard and overheard from altar areas ever since, during times of trouble, persecution and war.

Priest: Who is the King of glory… mighty in battle?

Wars are won and wars are lost but in the case of Armenia, the number losses far outnumber the wins, prompting a more appropriate question: Who is this King, so mighty in battle, that the war was lost? Perhaps not as an audible chants by the deacon, but definitely in the solitude of the mind. Ultimately, what does it mean to proclaim God as almighty – mighty in battle – in the face of horrific tragedies that we endure?

In Holy Scripture, time and time again, we find our Lord Jesus teaching by example. When a tragedy befalls another, he touches them with his love and asks us to do the same. During the Divine Liturgy, the deacon is heard inviting people to worship. He beckons the congregation to stand in peace, to pray fervently, to listen in awe, to prepare themselves and to approach the Blessed Sacrament. Simply put, he calls everyone to celebrate the victory of Christ. His pronouncement “He is the King of glory!” is a response to the priest’s question and at the same time it is an invitation for us to engage in the Kingdom which is in our midst.

“The King of glory mighty in battle,” is the answer the Deacon proclaims to the priest and in-turn to all of us, every Sunday. We are invited to explore, engage and discover the King of glory for ourselves, “mighty in battle” who is here answering us, our sufferings, our dilemmas, and our wars, by touching us with his love and compassion. By accepting the invitation, we engage in the Kingdom of God. We accept a call to personal and community responsibility to extend ourselves. Indeed, the Kingdom of God is within us!

The Q&A, the Divine Liturgy and hence, our Church is calling us to this higher understanding of our Christian Faith, as members of the Kingdom, to engage in the struggles and sufferings that are all around us, not with a question but with the solid answer: He is the King of glory, mighty in battle.

Today we pray from the Lords prayer, “Our Father, may your kingdom come, may Your will be done on earth as it is in heaven.” Amen. 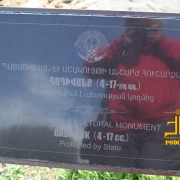 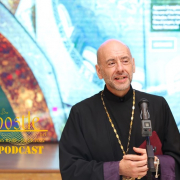 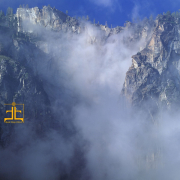 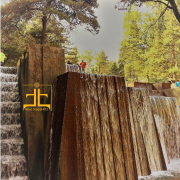 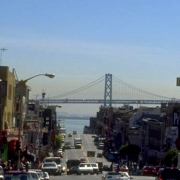 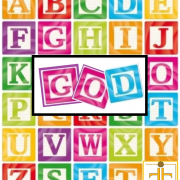