John the Baptist, was the forerunner to Jesus. His message was a prophetic one. He spoke to the times by pointing to the current conditions and sharing a message from God, “Repent, for the kingdom of heaven is at hand!”

In the 1950s and 1960s, in the United States, a young pastor of a Baptist congregation spoke to the times that were wrought with discrimination and prejudice. The Rev. Dr. Martin Luther King, Jr. was a kindred spirit to John the Baptist, in that he understood the power of the One who could change even the heart of the hardest racist. His was a prophetic call to peace through justice. He led the Civil Rights Movement in the U.S. with a keen focus on the Gospel of Jesus Christ, advocating for change through non-violent resistance.

He was the youngest person ever to receive the Nobel Peace Prize at age 35. He was even younger when he led 250,000 people in the March on Washington to deliver the memorable “I have a dream” speech.

With all of his academic and personal achievements and with all of the accolades granted to him, he would insist that his first and foremost calling was that of a minister to the Gospel of Jesus Christ. He was a master orator, articulating the power of the Gospel to liberate with love.

A prophetic voice “calling in the wilderness” is the descriptor of St. John the Baptist. The prophet points us to Jesus Christ. Rev. King was a voice in the wilderness of hatred and intolerance during the 20th century. In one of his most important writings, from a jail cell in Birmingham, Alabama, (imprisoned for civil disobedience) Rev. King penned a letter to the Christian leadership about the importance of the Church as the Body of Christ and the need to adhere to the Gospel message. He wrote,

“Yes, these questions are still in my mind. In deep disappointment I have wept over the laxity of the church. But be assured that my tears have been tears of love. There can be no deep disappointment where there is not deep love. Yes, I love the church. How could I do otherwise? I am in the rather unique position of being the son, the grandson and the great grandson of preachers. Yes, I see the church as the body of Christ. But, oh! How we have blemished and scarred that body through social neglect and through fear of being nonconformists.

“There was a time when the church was very powerful. It was during that period that the early Christians rejoiced when they were deemed worthy to suffer for what they believed. In those days the church was not merely a thermometer that recorded the ideas and principles of popular opinion; it was the thermostat that transformed the mores of society. Wherever the early Christians entered a town the power structure got disturbed and immediately sought to convict them for being “disturbers of the peace” and “outside agitators.” But they went on with the conviction that they were “a colony of heaven” and had to obey God rather than man. They were small in number but big in commitment…

“Things are different now. The contemporary church is so often a weak, ineffectual voice with an uncertain sound. It is so often the arch supporter of the status quo. Far from being disturbed by the presence of the church, the power structure of the average community is consoled by the church’s often vocal sanction of things as they are. But the judgment of God is upon the church as never before. If the church of today does not recapture the sacrificial spirit of the early church, it will lose its authentic ring, forfeit the loyalty of millions, and be dismissed as an irrelevant social club with no meaning for the twentieth century.”

Rev. King, called people to the higher standard – the extreme standard – of the Gospel of Jesus Christ. He wrote in the same document,

“But though I was initially disappointed at being categorized as an extremist, as I continued to think about the matter, I gradually gained a measure of satisfaction from the label. Was not Jesus an extremist for love: “Love your enemies, bless them that curse you, do good to them that hate you, and pray for them which despitefully use you, and persecute you.” Was not Amos an extremist for justice: “Let justice roll down like waters and righteousness like an ever-flowing stream.” Was not Paul an extremist for the Christian gospel: “I bear in my body the marks of the Lord Jesus.” Was not Martin Luther an extremist: “Here I stand; I cannot do otherwise, so help me God.” And John Bunyan: “I will stay in jail to the end of my days before I make a butchery of my conscience.” And Abraham Lincoln: “This nation cannot survive half slave and half free.” And Thomas Jefferson: “We hold these truths to be self-evident, that all men are created equal . . .” So the question is not whether we will be extremists, but what kind of extremists we will be. Will we be extremists for hate or for love? Will we be extremists for the preservation of injustice or for the extension of justice? In that dramatic scene on Calvary’s hill three men were crucified. We must never forget that all three were crucified for the same crime–the crime of extremism. Two were extremists for immorality, and thus fell below their environment. The other, Jesus Christ, was an extremist for love, truth and goodness, and thereby rose above his environment. Perhaps the South, the nation and the world are in dire need of creative extremists.”

A week after Theophany, with the joyous news Christ is revealed, the Armenian Church celebrates birth of John the Baptist. A week after that, in the United States we celebrate the birth of the Reverend Dr. Martin Luther King, Jr. The spirit of extremism, the voice crying out in the wilderness, the message of peace from the Christ Child, continues to be heralded. It is the message from our Creator, “Peace on Earth, goodwill toward men.”

A prayer offered by Rev. King, 1953, “O God our eternal Father, we praise thee for gifts of mind with which thou hast endowed us. We are able to rise out of the half-realities of the sense world to a world of ideal beauty and eternal truth. Teach us, we pray Thee, how to use this great gift of reason and imagination so that it shall not be a curse but a blessing. Grant us visions that shall lift us from worldfulness and sin into the light of thine own hold presence. Through Jesus Christ we pray. Amen.”

Rev. King, his work and writings about non-violent resistance, justice and peace are one of the cornerstones of the In His Shoes ministry. Since 2004 we have held annual retreats that explore Rev. Kings teachings and the deep connections and parellels between the plight of the African American community and the Armenian American community. For more information, search the archives at Epostle.net or write us at feedback@epostle.net. 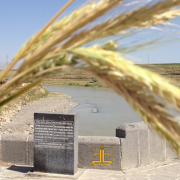 The Orthodoxy of Dr. King’s Message 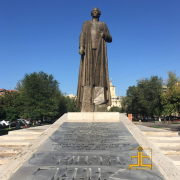 Forty Years Here or There 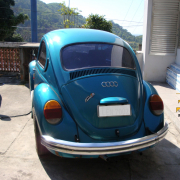 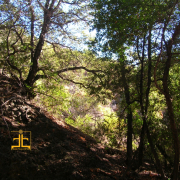 Head Coverings that Fly with the Wind 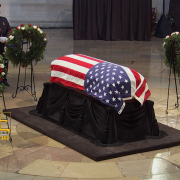 And now an Example
0 replies