Armodoxy for Today: The Solstice

A few years back, I found myself in a village in Rwanda working with genocide survivors. We conducted some informal interviews, became familiar with their daily activities and then, as the sun went down, people wound down, and pretty soon, 7:00PM, in the dark of the night, people were in their homes preparing for their evening rest. There was no sound throughout the village. I thought it odd that people would be preparing to sleep at this early hour. And then it occurred to me, that without electricity, without the artificial lighting that the electricity provides, for all intents and purposes the day was over with the sun set.

Today we celebrate the Winter Solstice. It is the shortest day of the year in the Northern Hemisphere. From the Summer Solstice to this day, the days have gotten shorter and shorter, and now, moving forward, there will be more hours of daylight per day to live and enjoy. In a world without electricity, you might imagine how welcomed the longer days ahead would be, so welcomed, that this day would be celebrated as the “birth of the sun.” Indeed, the sun stays out longer giving more possibilities for work, play, socializing, that is, possibilities for life!

To facilitate the spread of Christianity, the date of the Birth of Christ was moved to December 25 in the Roman Empire during the fourth century. Celebrating the birth of the Sun was replaced with the Christmas festivities, in honor of the birth of the Son! Meanwhile in Armenia, during the fourth century, the Winter Solstice was not celebrated to the extent it was in the Roman Empire. The date of Christmas was not changed and January 6 remains as the celebration date for Theophany. There are more factors for the different Christmas dates, but for today, suffice it to say, that Armenia was not touched by the date change. Until today, the Armenian Church celebrates the Nativity and Baptism of Christ on the same date, January 6.

The Solstice points to the cosmic time lock that has seasons and times changing over the globe. It’s a reminder that some of the great treasures of our Faith are found in the simplest phenomena of nature. Whether the birth of the sun or the birth of the son, there is a common thread that runs through both, namely, light. They are both gifts of light to the world.

How we process this revelation in the Christmas message, is how Armodoxy fits in to our cosmology. Join me tomorrow as we continue in the Advent Journey. 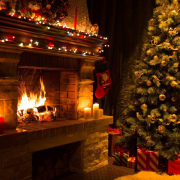 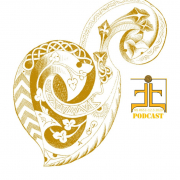 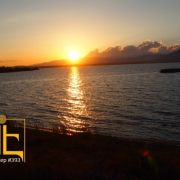 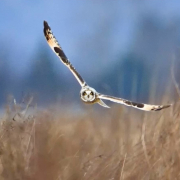 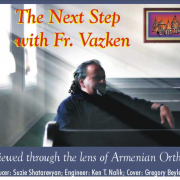 The War is Over – Merry Christmas!
0 replies

2009 Fr. Vazken MovsesianTwo to Many
Scroll to top