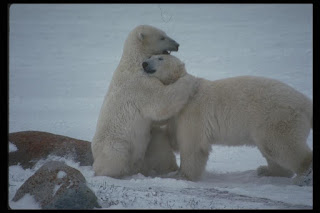 For the past two days we looked at two different characters from the Parable of the Prodigal Son (Luke 15). Today we will continue looking at the parable and this time focus on the actions of the older brother.

Of the three characters in the prodigal son, perhaps it is the older brother with whom we can best identify. Perhaps it is because, well, basically he is a good guy. He is a friendly guy. He is the one who did the right things and stayed faithful. He stayed home and did not squander the money that his father had given him. He was loyal. He was obedient. But mostly we see in him the man, who like all of us, recognizes the unfairness of life. There was an injustice that was being played out because when the younger brother came home, there was celebration. It was almost as if he was being rewarded for his breach of discipline.
The older brother also asked some questions that could have arisen out of simple jealousy. Why not me? Why is it that good things happen to bad people? Why are the actions of the bad person being rewarded while my goodness goes unnoticed? I have been loyal. I have been the model son any father would be proud of. Now this son of yours comes home, after squandering and abusing what you have given him. How can he being worth the fatted calf? A celebration? The ring of authority on his hand? Simply: Why not me? Perhaps it is this expression that rings the bell of familiarity in all of us.

There are many example of unfairness in our lives. Often we see people who seemingly do not deserve to be rewarded, yet they are honored with privileges and rewards. Why not me? is only a natural question to follow this inequity. Not only is it natural, it is logical if we believe good should be rewarded, well, I’ve done it right. I’m a good guy. Sure, I have faults but basically, I’m a good person. Why isn’t my goodness being rewarded?

The father in the story gives a very simple answer. His is an answer that comes from the vantage point of parenthood. “ Son,” says the father to his oldest, “I have always had you. Whatever I have is already yours. But this, my son, was lost and now he’s found; was dead and now he’s alive.” In so saying, the father is asking his son to see the bigger pictures. It’s not just about this moment, but there is a bigger “project” so to speak. Ultimately, God’s aim is to have us all His children reconciled with all of His creation. It’s about a state of love and harmony so that everyone may share that Kingdom.

Now let’s push this little further and challenge ourselves, because, after all, there is true injustice in the world. But as this Lenten Journey unfolds we’re understanding that the real problem is with our perception of the goal, of the prize. We’re looking at those excesses and material goods as the prize and lose sight of the true treasure that is already a part of our life. Proof? Take a deep breath. Can you feel it entering your lungs? That’s a gift from God on which you cannot place a price tag. Do you love someone? Someone you can look to – a child, a parent, a husband, a wife, a boyfriend, a girlfriend? That is a gift. Do you have the ability to smile? Do you have the ability to look out at the flowers, at the trees, at the mountains, at the sea and stand in awe for a second and realize that there is something far greater than material goods we consume ourselves with. That is a gift. And that is the gift that has been given to you by God. He says, don’t abuse it. Don’t be like the prodigal. Don’t squander what I have given you. And now, don’t look for more. Because anything more are the excesses that you have to fight off anyway. Don’t look for those extras because you’ve already been given the gift of life. What greater gift is there? You have the gift of love in your heart, along with the ability to take that love and share it with others.

Today’s challenge in the Lenten Journey is to dismiss any jealousies that may be consuming us and preventing us from taking another step forward. As the father in the parable challenged the older son, we receive a challenge from the Parable itself, to take a walk in the shoes of the father. We’ll note that in his unconditional love for both his sons there is no room for jealousy. The Love of God trumps everything, no matter how strong those feelings of jealousy or envy may be.

Remember, God has placed love in our heart. It’s up to us to use it, not abuse it. It’s up to use to share it with the ones we love, with our family, our community and with this world.

We conclude with the prayer of St. Nerses Shnorhali,
All Merciful Lord, have mercy on all your faithful. On those who are mine and on those who are strangers. On those whom I know and on those whom I know not, on the living and on the dead. Forgive all my enemies and those who hate me the trespasses they have committed against me. Turn them from the malice they bear toward me that they may be worthy of your mercy. Have mercy upon all your creatures, and upon me, a great sinner. (I confess with Faith, 23/24)
https://epostle.net/wp-content/uploads/2013/02/NRTH1054.jpg 600 900 Vazken Movsesian https://epostle.net/wp-content/uploads/2022/07/final_logo_large_for_epostle_web-300x189.png Vazken Movsesian2013-02-27 06:16:002022-09-08 21:56:04Lenten Journey Day 16 – Older Brother
0 replies